A bulb is not just a bulb. There are so many different types of bulbs, all suited to different purposes. At Nordlux, we always strive to develop and produce high quality bulbs. We are including more and more bulbs in our range, so you can always find a bulb that fits your needs. Here, we guide you through the most important things that you should look for and take into account when you buy bulbs, giving you the best possible lighting at home. 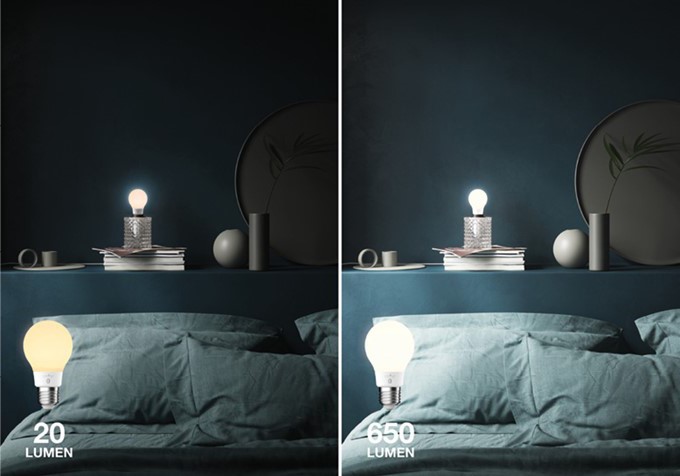 The switch from incandescent bulbs to LED bulbs has changed the way we measure bulb brightness. Previously, we picked our bulbs based on watts, but as watts are an indication of the bulb’s energy consumption and not the amount of light it emits, we now think of lumens rather than watts. 800 lumens correspond to 60W, which is good for above the kitchen table, while 470 lumens, corresponding to 40W, is preferable by the sofa in the living room.

If you want to know how many watts your LED bulb has, you should be aware that the watts declaration of LED bulbs is different than that of traditional incandescent bulbs. Our rule of thumb is that you should multiply the LED watts declaration by 10, i.e. a 4W LED bulb corresponds to a traditional 40W incandescent bulb. It is important that you do not buy a bulb with a higher watts rating than the lamp is intended for, as this may damage the lamp. However, you can use a bulb with fewer watts than indicated on the lamp. 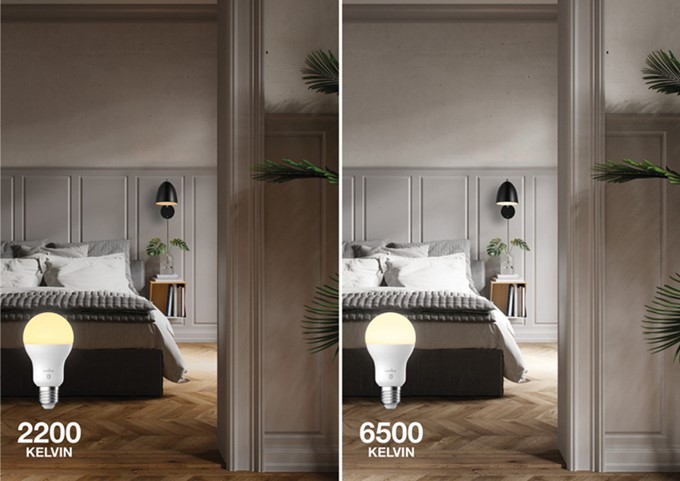 The colour temperature of the bulb is indicated in Kelvins, K, and represents howwarm or cold the light from the bulb is. At Nordlux, we offer bulbs with differentKelvin ratings that suit all needs. 2700 K is often referred to as the standard and provides a natural white light. Bulbs below 2700 K emit a warm and cosy light, while bulbs with a higher Kelvin rating provide a cool light. Therefore, we recom- mend selecting a bulb with 3000 to 4000 K for practical purposes, whereas 2700 K or less would be preferable for a bedside lamp or the floor lamp by the sofa. The bulb’s Kelvin rating is always indicated on our packaging. 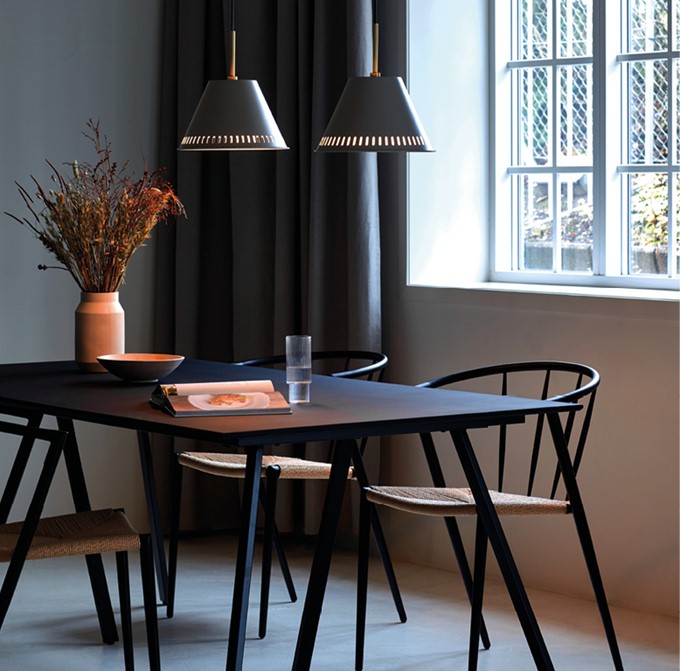 Today, a lot of people want to be able to adapt the light to different situations, as this increases comfort and flexibility in our daily lives. At Nordlux, we have a wide range of dimmable bulbs allowing you to adjust the light from practical lighting for food preparation to a cosy light dur- ing dinner. Our packaging always states whether the bulb is dimmable.

If you have an older dimmer swimust be aware that not all LED bulbs are compatible with it, as the two technologies are not the same. Therefore, buying a dimmer switch for LED is a good idea, as it has been adapted for LED bulbs. 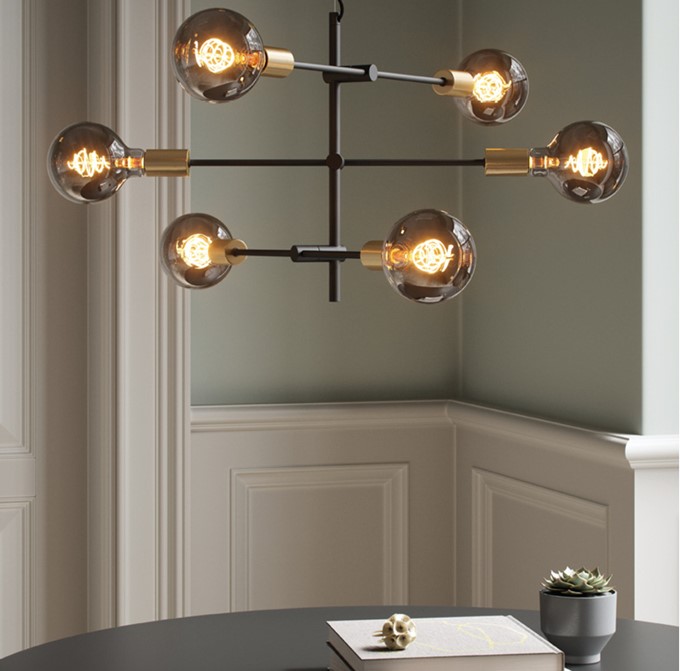 Bulbs do not always have to be hidden away under a lampshade. Our Avra series consists of beautiful, decorative light bulbs that can be used advantageously inlamps where the bulb is part of the lamp’s design. For example, hang differentdecorative bulbs in a cluster or use them with our Siv or Hollywood – it makes the lamps even more beautiful and adds a personal touch. 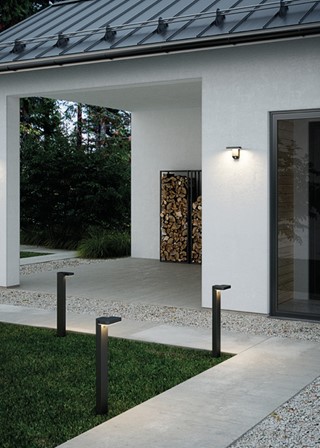 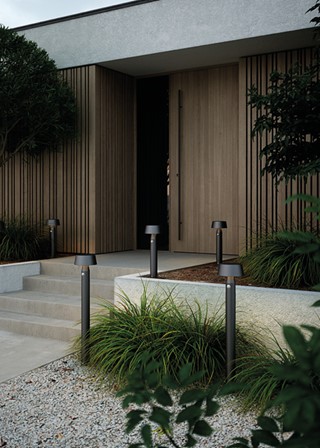 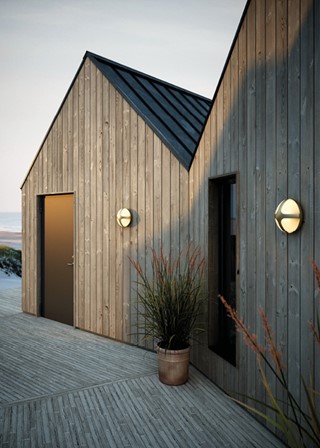 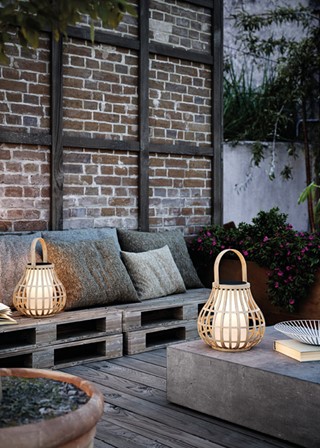 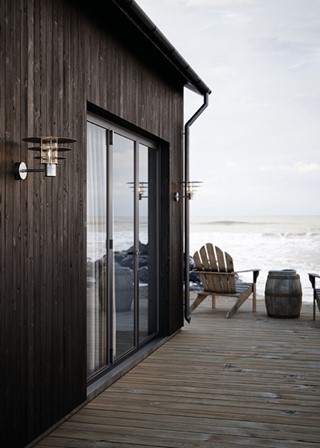